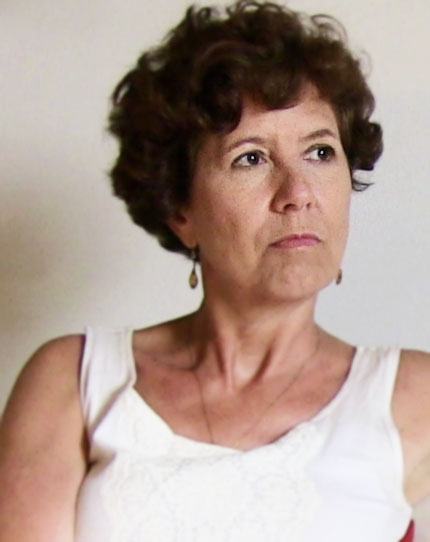 Elisenda has been praised for writing with an “imaginatively colored… idiom” (The New York Times) and for possessing an “individuality [which] shows through in yearning dissonances, quirky juxtapositions of thematic material and a pervasive sensuality not unlike that of her native Barcelona” (San Antonio Express News). Fábregas’s music has been described as “complex and haunting” (Washington Post) with abundant “expressive long lines and gorgeous lyricism” (NATS Journal), and for having “an emotionally compelling aura” (New Mexican News) and a “marvelous sense of progression and development” (American Music Teacher Magazine). In occasion of winning the MTNA Shepherd Distinguished Composer Award, the American Teacher Magazine praised Fábregas for writing with a unique perspective comparing her to the “The man with a Blue Guitar” (1937) in the Wallace Stevens’s poem: “Fábregas is one gifted with a blue guitar. Her tunes are beyond us, yet ourselves. Indeed they are tunes of things exactly as they are.” Fábregas music covers a wide range of states, from “dreamlike images…and illusive rhythms and harmonies that permeate misty settings” [as in the piano solo ‘Hommage a Mozart,’] to music described as “notable in its sturdy and arresting generative themes” with “motoric, muscular, exciting fast movements” (San Antonio Express News.)

Upcoming compositional activities in 2021 include several recordings and premieres resulting from her collaboration with Catalan cellist Roger Morelló Ros such as Uphill: from Clara to Robert for cello & piano (2021) to be released on Austrian Gramophone later this year, and Danses de la terra (2020) and Duende (2019.  Roger will also record Homenatge a Pau Casals for solo cello in an album of Catalan works (in collaboration with the Fundacio Pau Casals.) Additional recordings to be released in 2021 include the Sonata for flute and piano performed by Roberto Alvarez, flute, and Kseniia Vokhmianina, piano. Roberto Alvarez performed the Sonata for flute and piano at the 2014 Esplanade Concerts in Singapore, and at the 2013 Australian Flute Festival.

Accents Catalans for orchestra will receive its Australian premiere in October 2021 by the West Coast Philharmonic Orchestra in Australia. Since moving to Seoul in 2010, Elisenda has written several orchestral works and compositions for large mixed ensembles. Accents Catalans was commissioned in 2016 by the Bucheon Philharmonic and premiered by maestro Youngmin Park at the Seoul Arts Center ‘Concert Hall’ as part of the Spring Orchestra Festival on April 10 of 2016; an additional performance took place at Bucheon’s Citizen Hall in Bucheon, South Korea, on September 30, 2016.  In 2015, a Triple Concerto for Piano Trio and Orchestra was commissioned and premiered by Trio Nova Mundi with the Atlanta Community Symphony Orchestra and maestro Juan Ramirez; an additional performance by the Grove City College Orchestra took place in April of 2016. The previous year, the Barcelona Symphonic Band commissioned Elisenda’s Symphony No. 1 for Symphonic Band and was premiered in February 2014 at ‘L’Auditori’ Sala Pau Casals in Barcelona, under the direction of maestro Youngmin Park.  Symphony No.1 was later recorded by the Barcelona Symphonic Band with maestro Salvador Brotons and released in the album Catalan Wind Music, Vol. 2, Naxos: 8573915. Elisenda previously collaborated with Youngmin Park in 2011 with the commission and premiere of Terra Mater for Symphony Orchestra by the Wonju Philharmonic.

In January of 2021, Imitació del foc (Imitation of fire) for tenor & piano was released on the Bridge Records Album #9548 titled Visca L’Amor: Catalan Art Songs of the XX and XXI Centuries, recorded by tenor Isai Jess Muñoz and pianist Oksana Glouchko along with top Catalan composers, including Frederic Mompou, a dear mentor of Elisenda. Imitacio del foc, based on Catalan lyrics by Bartomeu Rosselló-Pòrcel, was commissioned in 2019 by I.J. Muñoz with a grant from the University of Delaware. Other commissions for 2019 included the IonSound Project Ensemble which resulted in Masks for clarinet, cello & piano, premiered in New York City by Random Access Music (RAM) Concert Series with clarinetist Tom Piercy (February 2020), as well as performances in other American cities. Masks for clarinet, cello & piano will be premiered in Catalonia on April 24, 2021, at the ‘Primavera Musical a Vistabella’ concert series (Musical Spring in Vistabella) with additional performances in Creixell, both cities in Tarragona (Spain). Both concerts performed by Roger Morelló Ros, cello; Oriol Estivill, clarinet; and Dani Ruiz, piano.

Elisenda started her compositional activities writing for chamber ensemble, instrumental solos (incl. piano), and song cycles. One of her most popular piano works is Mirage for piano, commissioned by the 1997 San Antonio International Competition and a compulsory piece for all twelve semifinalists. After the Texas premiere, the New York City premiere was performed by award-winning pianist Mijung Im at Merkin Concert Hall in 1998. Mirage has since received performances by many pianists in various countries. Pianist Becky Billock performed Mirage multiple times on her Spring 2019 Pacific Northwest tour, including cities in the state of Oregon, Washington, California and Philadelphia. She later recorded Mirage on the album Mother Earth. In South Korea, Mirage received multiple performances by pianist Mijung Im, during her 2016 South Korean tour, culminating in a concert at the IBK Hall of the Seoul Arts Center on March 23, 2016. Jinha Park has also performed Mirage multiple times in South Korea, the USA, Spain, Italy and Costa Rica. Other pianists have performed this work in Japan, Hong Kong, and various European and American cities.

One of her most popular chamber works is Voces de mi tierra for flute, cello and piano, written in 2003 for the Meininger-Trio.  This work has been performed in all five continents (including South Africa, Australia, South Korea, Japan, China, Hong Kong, Argentina, and many cities in the USA and Europe, including Spain).  The Meininger-Trio recorded Voces de mi tierra for the Haenssler Profil edition and championed it throughout Germany. Many other chamber ensembles have performed this work, including Trio Nova Mundi who premiered Voces de mi tierra in the African continent with seven performances in Johannesburg, Mozambique and Zimbabwe, and another twelve performances in their 2017 Spring USA tour in Pennsylvania, Rhode Island, Oregon and Washington State. A special arrangement was made (violin, vlc and piano) for Trio Nova Mundi. Voces de mi tierra received in premiere in Australia at the 2013 “Encuentro Españoles” of the Sydney Conservatorium of Music. Goyescas, another work inspired by Spanish folk was originally commissioned and premiered by award-winning flutist Marina Piccinini at the Philadelphia Chamber Music Series as a work for flute & guitar. Later, an arrangement of Goyescas for flute, viola and piano, was performed by Roberto Alvarez, flute, and other members of the Singapore Philharmonic at their Chamber Music Series in 2013; numerous other performances took place in Spain by Ensemble Gaudi.

Elisenda has worked with many vocalists and written song cycles with lyrics in English, Spanish, Catalan and Occitan. Three of her song cycles are the subject of Doctoral thesis (Moments of change for soprano & piano; Five musings on the past (based on her own poetry) for soprano & piano, and Five Poems of Garcia Lorca (soprano and chamber ensemble). In 2016, Tiempo de amor for tenor, soprano and piano, was recorded by Patricia Caicedo for Mundo Arts (Barcelona) in her album ‘Amb veu de dona’.  Ms. Caicedo commissioned and premiered this work for the Barcelona Festival of Song at Caixa Forum in Barcelona on June 25, 2015, and later performed it at the University of California Riverside, and at Biblioteca de Catalunya. Tiempo de amor is based on text by medieval poets of Al-Andalus period in Spain.

Elisenda Fábregas was born in 1955 in Terrassa, Barcelona, and received extensive training as a pianist at the Barcelona Conservatory. In 1978, she came to the United States as a Post-Doctoral Fulbright scholar and earned a masters degree from The Juilliard School and a doctorate from Columbia University Teachers College. She began composing at The Juilliard School in 1985, working with several dance companies and choreographers in New York City, including Jerome Robbins, Hector Zaraspe, Janet Soares and Anna Sokolow. She started composing in 1986, when The Maria Benitez Spanish Dance Company commissioned her to write Reflexiones for solo piano, which was premiered at the Kennedy Center for the Performing Arts in Washington D.C., the Joyce Theater in New York, followed by numerous performances throughout the U.S., Canada and Europe.

In her early career as a pianist, she performed in Spain, England, Korea, Japan, China, Taiwan, and the United States, appearing in Alice Tully Hall, Merkin Concert Hall, Carnegie Recital Hall, and The Joyce Theater in New York City, The Kennedy Center for the Performing Arts in Washington, D.C., The United Nations Conference in Beijing, The Place Theater in London, Palau de la Musica Catalana in Barcelona, and the Manuel de Falla International Festival in Granada, Spain.

In her New York debut in Carnegie Recital Hall she was praised by Tim Page of The New York Times as having “… fluid technique and a poet’s command of musical shading.”  She was featured on NPR’ s  recording “Live Concert at the Alamo,” and performed live on WQXR-FM “New York Spotlight,” WNYC-FM “Around New York,” and the Voice of America.

FOR A DOWNLOADABLE BIOGRAPHY PLEASE GO TO PRESS MATERIALS