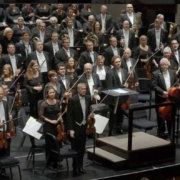 The Florida Orchestra under the directions of Stuart Malina will perform the American premiere of Accents Catalans (2016) for orchestra -23 February 2022  at the Ruth Eckerd Hall in Clearwater, FL USA. 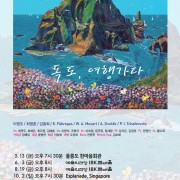 Ensemble La Mer et L’îlle performed two movements of Voces de mi tierra for violin, cello and piano at IBK Concert Hall of the Seoul Arts Center on June 3 and at Ulleung Island on May 13, 2016. Voces de mi tierra is available from the publisher Friedrich Hofmeister.

Duration 3’30”   Solitary for baritone, clarinet, cello and piano, based on poetry by Hollis robins, was commissioned by Andrew Talle and it was premiered in the fall of 2009 at Peabody Institute of Johns Hopkins.

According to Hollis Robins, the author, the poem Solitary is part of a sonnet sequence called “Sonnets of Imprisonment,” which are all loosely about being bound either by the form or by real or psychological bars. The poet William Wordsworth considered the sonnet form both constraining and liberating; in this longer sequence Robins says that she explores the nature of formal and psychological constraints as they work together. The music attempts to capture the frame of mind of the narrator when faced by real or imaginary threats: the dreadful ‘waiting’ of the footsteps of the guards; the resistance to what one is “supposed to do’ and the violent consequences; the ‘remembrance’ of ‘normal’ life; the foreseeable dread and inevitability of an certain future.

Audio of premiere of  Solitary

There is a furtive echo you get used to.
You spend enough time waiting for the sound
of the footsteps of the guard on midnight rounds, it tells you that you’ll do what you’re supposed to.

It reminds me of the summer nights I used to fish at night without a light to hear the sounds of screen porch cocktail laughter drifting down where I listened still and silent well past curfew.

It was worth it still despite the midnight beatings.

Fish helped but fishing wasn’t why I went.

I wished to see how normal people spent Their time on ordinary summer evenings.

I tended not to do what I was told to.
And the whispers told me where I would be sent.

Duration: 20′
This is an arrangement of the piece of the same title (Goyescas) for flute & guitar. The flute & guitar version was written for flutist Marina Piccinini and guitarist Emanuele Segre
It was premiered on January 23, 2009 at the Philadelphia Chamber Music Society.
The flute, viola and piano arrangement was made for Ensemble Gaudi in Barcelona, Spain. It was premiered on June 28, 2009 at the International Music Festival of Sitges (Concerts de Mitjanit)

Welcome to WordPress. This is your first post. Edit or delete it, then start blogging!

Voices of the rainforest is a loose representation of a day in the life of the rainforest. This work came about as a result of my life-long fascination and love for nature. A recording of actual sounds of insects, barking frogs, birds, and the singing of natives of the Papua New Guinea rainforest was the final inspiration for this work. It consists of five movements:

The slow movement (Voices of the night) uses both the alto flute and the regular flute. However there is a version for regular flute only.

Voces de mi tierra was written for the Meininger-Trio and was premiered at the 15th International Bodensee Festival in Meersburg, Germany, on May 24, 2003.