Homenatge à Pau Casals (Homage to Pau Casals), was commissioned by American cellist David James Kim, in occasion of its premiere at the ‘Mas i Mas Festival’ in Barcelona on August 7, 2015. In this solo cello work, I pay homage to Catalan cellist Pau Casals by using ‘El cant dels ocells’ (The song of the birds), an original traditional Catalan Christmas song popularized by Pau Casals himself that became internationally known as a symbol of peace and freedom. Throughout this homage, I use the beginning ascending scale of Cant dels ocells as a recurring motive embedded in the melodic structure. The tune in its entirety does not appear until the end as a symbol of hope for the future. 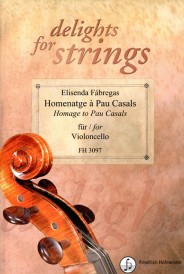 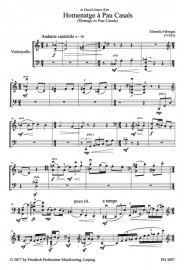