MUSIC STORE
You are here: Home / MUSIC STORE / PDF Downloadable Scores / Voice / Five musings on the past, for soprano and piano (2002)

Five musings on the past, for soprano and piano (2002)

Five musings on the past CD (complete cycle)

Poetry written by the composer in Spanish.
Written for soprano Rachel Rosales. 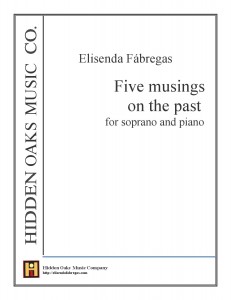 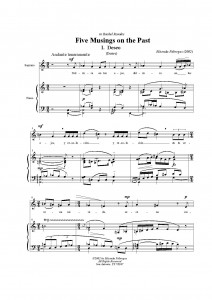 Five Songs, for soprano and piano (1986)
Scroll to top