After listening to Jaeden’s version of my composition Portraits I (Retratos I) at the Canals competition, I became captivated by his colourful and multidimensional playing, as well as the sincerity of all his performances. Although Canadian, Jaeden’s family background is Hungarian and Ukrainian, and we both have some common interests in color (sello), ligero (harmonic contrasts), intervallic distance and geometry, melodic and rhythmic motives, and musical polyphony.

Mentes de color is then the product of a kind of meeting of the minds. Being a Spanish-Catalan by birth, I have always been interested in color and light (I used to paint and draw) and I think visually and geometrically, including in music. I am especially sensitive to intervals and their directional tendencies, horizontally and vertically. Coloured minds incorporates a high level of interaction between right and left hand, harmonic and register (sello) changes, motivic development, spaced out intervals and chords, and polyphony. 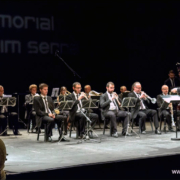