Homenaje a Mompou (2006) was commissioned by Marcel Worms who performed this work in Europe and in the U.S. including the Fundacio Frederic Mompou in Barcelona. On April 18, 2010, Max Lifchitz performed Homenaje a Mompou as part of the North/South Consonance Concert Series at Christ and St. Stephen’s Church on New York City’s Upper West Side. This concert was sponsored in part by New York Women Composers 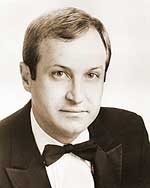 Three performances in Germany – September 4 – 5 and October 14,...
Scroll to top